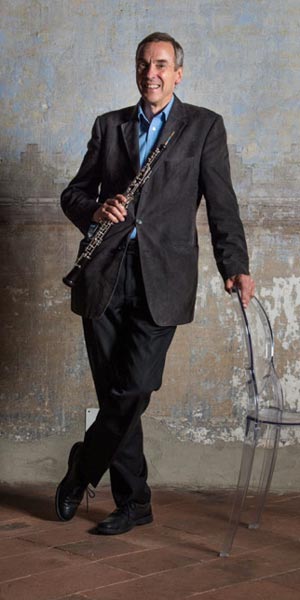 George Caird enjoys a highly diverse life in music and the arts, having held leading positions in UK and European conservatoires whilst also performing as solo oboist, chamber musician and orchestral player and continuing a teaching career of more than 45 years

Oboist, teacher and educator, George Caird enjoys a highly diverse life in music and the arts, holding leading positions in UK and European conservatoires and performing as soloist, chamber musician and orchestral player.

Educated at the Royal Academy of Music, Nordwestdeutsche Musikakademie Detmold and Peterhouse Cambridge, George developed his oboe playing career in London  from 1972 as well as teaching at the Royal Academy of Music from 1984. In 1987, he became Head of Woodwind and Orchestral Studies at the RAM and subsequently was appointed as Principal of Royal Birmingham Conservatoire in 1993, a post he held for seventeen years.

From 2011 to 2016, George was Director of Classical Music for Codarts, Rotterdam a post that involved working with the Rotterdam Philharmonic Orchestra and De Doelen concert venue as well as close collaboration with the Royal Conservatory in The Hague. From August 2017 to July 2018, he served as interim Principal of The Royal Welsh College of Music and Drama. In August 2020, George was appointed Interim Principal of The Royal Central School of Speech and Drama in London, continuing as Associate Principal from September 2021 to April 2022 on the appointment of Josette Bushell-Mingo OBE as the permanent Principal.