I have been working during the Covid-19 lockdown on Georg Philipp Telemann’s 12 Fantasias for Flute and finally have an article prepared. In it, I have brought together as much known information about the Fantasias as possible.  I have tried to answer the question on why Telemann wrote the works, looked at their styles and structures and especially discussed Telemann’s amazing imagination in writing them. Recordings on transverse flute, modern flute, recorder, baroque oboe, oboe and many other instruments are mentioned too. It’s been a real voyage of discovery for me and, I hope, will act as a resource for anyone who wants to investigate these fascinating works.

This project has led to discussions with flautist and recorder player Rachel Brown who has written about these works too, as well as recorded them. In turn, our conversations have resulted in the planning of a webinar to celebrate Telemann’s originality in writing them. Discussions continued with oboist Nicholas Daniel, flautist Paul Edmund-Davies and baroque oboist Alfredo Bernardini in planning a two-hour event that seeks to celebrate these Fantasias to the full. In addition, Jeremy Polmear of Oboe Classics has been a great help in imagining how this project could develop. And Stephen Powell has again helped enormously in the preparation of my article.

The flyer posted here is now out and applications to join the webinar are already coming in. We will have to limit the numbers so it will be on a first come, first served basis!

A TRIBUTE TO TELEMANN FANTASIAS 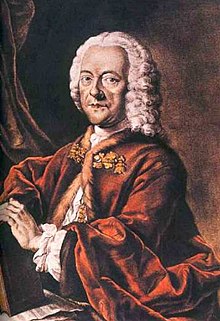 for flute players, recorder players, oboists  and all musicians and their audiences

This seminar will celebrate Telemann’s renowned 12 Fantasias for solo flute and explore their unique qualities in relation to modern and period flutes, oboes, recorders and other instruments.  Panelists will discuss Telemann’s originality and imagination in taking the player through twelve different keys and incorporating different styles, dance forms and music that, at times, imitates nature. Written 300 years ago, these works seem even more relevant to wind players today than ever before.

If you would like to attend this Zoom webinar, please fill in this form.

There are a limited number of spaces and these can be booked on a first come first served basis.

You will then receive a Zoom invitation (numbers permitting).