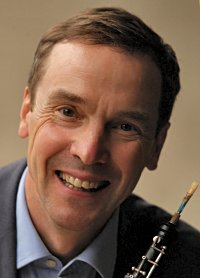 Since 1970, George Caird has combined a career as an oboist with one as a music educationalist, firstly teaching and later in senior posts at the Royal Academy of Music, Royal Birmingham Conservatoire, Codarts Rotterdam and the Royal Welsh College of Music and Drama.

George studied the oboe with Janet Craxton and Evelyn Barbirolli at the Royal Academy of Music, with Helmut Winschermann at the Nordwestdeutsche Musikakademie, and privately with Neil Black.  He subsequently gained an MA in music at Peterhouse, Cambridge, graduating to pursue a freelance career as an oboist. 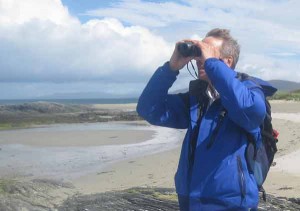 He worked with many of London’s major orchestras and was a member of The Academy of St. Martin-in-the-Fields from 1983 to 1993 whilst also devoting much time to chamber music. He has been a member of a number of leading ensembles, notably as a founder-member of The Albion Ensemble, Vega Wind Quintet and Caird Oboe Quartet.

George has been a committed teacher and educationalist throughout his career. He joined the Royal Academy of Music as professor of oboe in 1984, became Head of Woodwind in 1987 and Head of Orchestral Studies in 1989. In September 1993, George was appointed Principal of the Royal Birmingham Conservatoire, Birmingham City University a post that he held until August 2010.  From 2011 to 2016, George was Director of Classical Music at Codarts Rotterdam and in 2017 he was appointed interim Principal of the Royal Welsh College of Music and Drama in Cardiff.

In August 2020, George was appointed Interim Principal of The Royal Central School of Speech and Drama in London, continuing as Associate Principal from September 2021 to April 2022 on the appointment of Josette Bushell-Mingo OBE as the permanent Principal.